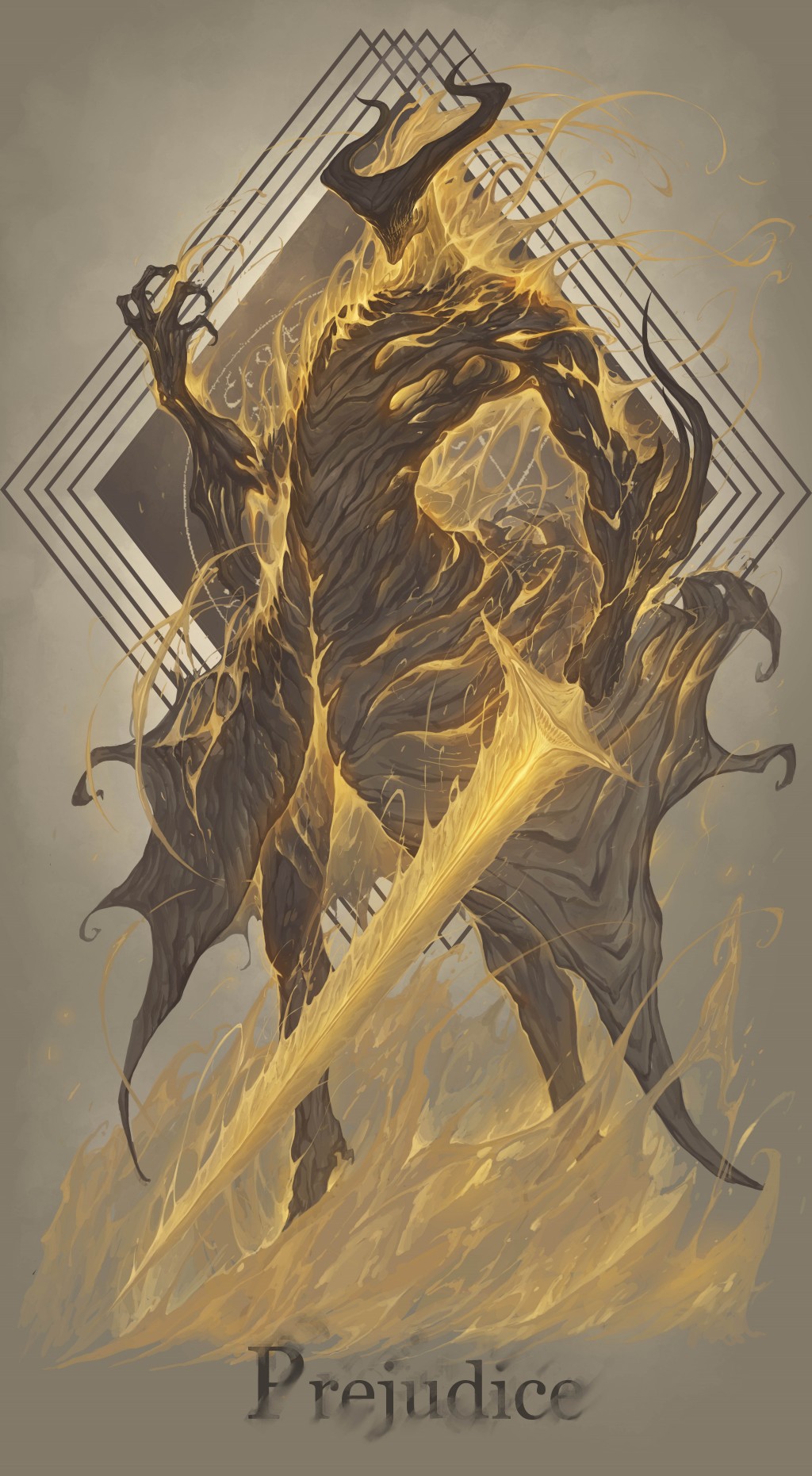 Chinese artist Yin Zhe, AKA Midnight-98, has created a series of nightmares, or what we might call demons manifesting various sins and weaknesses. Some of the designs are particularly apt. Prejudice burns with righteous fire. Hate has long, reaper-like arms that allow it to lash out from a distance. Apathy is a whale of a beast. Deceit (who is not labeled in the set below) has a head that is one big smile.

Some of the others suffer in translation. “Inferior” would probably be rendered in English as Inferiority and “Lonely” as Loneliness or Depression, which we tend not to differentiate from Despair. Similarly, while we can understand what the artist was getting at with the nightmares “Rash” and “Evade” — we know people who are rash or evasive — they’re not words that resonate as sins.

But that is not a criticism. Simply, it’s important to remember as you peruse the gallery that these are translations and that the “sins” are more Confucian than Christian, and refer to anything that is not a virtue. If anything, we might be surprised at the overlap.

As as always, don’t forget to check out more by the artist here.