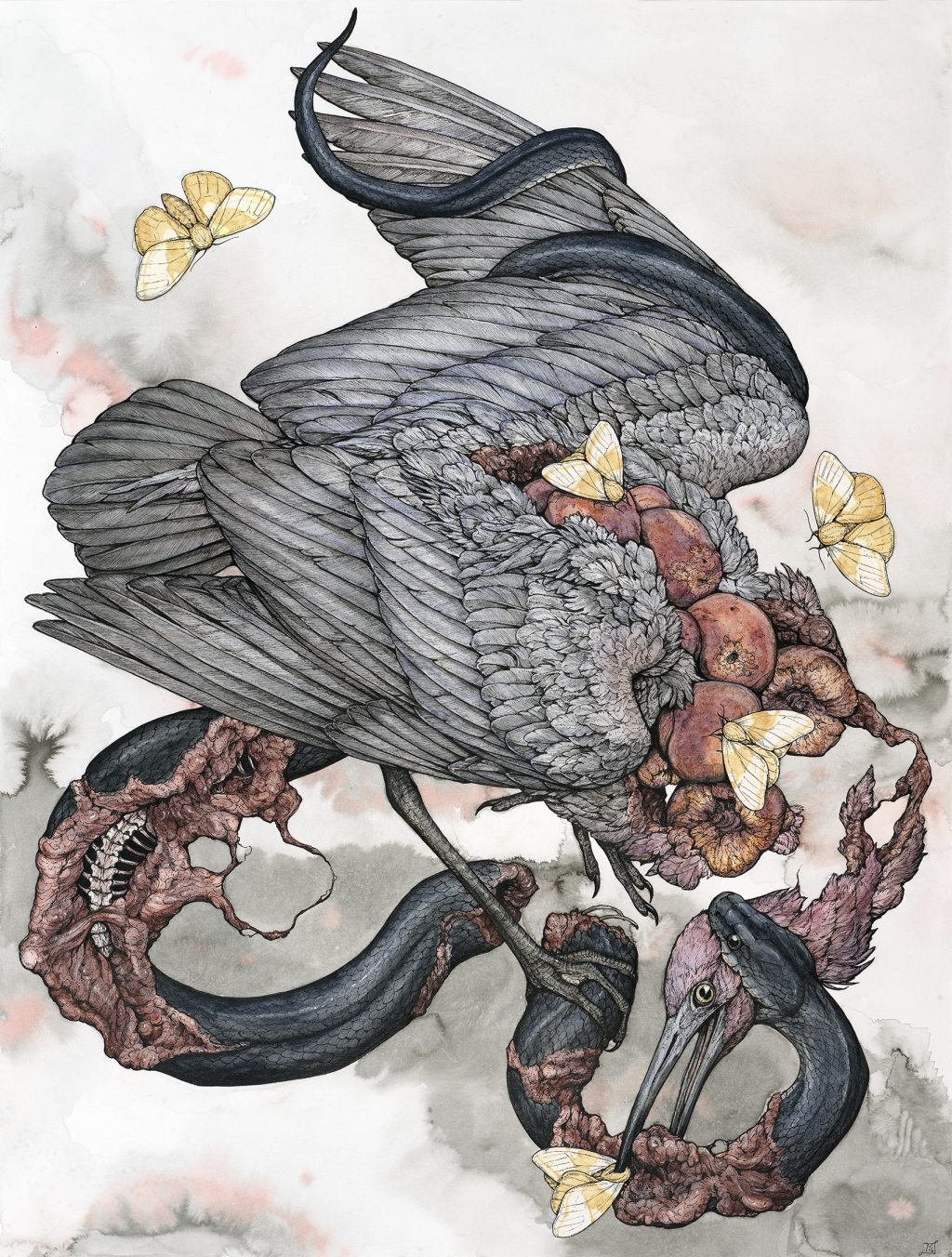 It was as if we walked for hours through someone’s dark and anxious dreams. He navigated it as only a spiritwalker can, a man trained since birth not only to battle evil spirits but also to retrieve the lost souls of the sick. We emerged some time later in a church somewhere in Italy. We gave the parish priest quite a fright as we stepped from the gap in a marble ensconcement at the back of the sepulcher. The clock tower in the square outside made it clear we had covered not only distance but time. It was then several hours earlier than when we had left. It was odd, I remarked, to think that right then, the two of us were also standing in the grand hall before the High Arcane. Could we not go and alter events? But he said no, that no matter which path we took from that church—train, automobile, helicopter—we would not be able to reach the Keep of Solomon one moment before we left, and so the paradox was always avoided.

“Such is the shape of space-time,” he said.

An older gentleman, a head shorter than me with long sideburns and a derby hat, shuffled by and made a face at our clothes, and again at Etude’s bare feet.

“I have heard that time is also money,” I said. “Perhaps you could find a way to render it so.” I lifted the legs of my cotton pants. “We need new clothes. We look like cultists in these outfits. Someone is bound to call the police.”

“Really?” he asked, looking down at his shirt. “I rather liked them.”

By means of a metal plaque at the door of the church, we discovered we were in Bergamo, in the foothills of the Alps. Like most Italian towns, its three- and four-story buildings were all of a similar design, and they lined the cobbled streets on both sides without gaps, as if forming the walls of a maze whose paths were never straight. Every avenue bent slightly and at odd times, seemingly for no reason other than to make sure you never quite knew where you were. It was a world unto itself and made to be so. It existed for the people who lived there and no one else. We found a quiet nook off a blind alley, too narrow for cars to pass, and sat under a cluster of hanging potted plants contemplating our options.

After a brief meditation, Etude raised his hands. Nothing happened at first, but before I could inquire as to his intentions, a rat appeared. It did nothing at first, as if it were afraid to approach. When a pair of pigeons landed nearby, the rat dares approach. It was followed in turn by all the animals of the city, not just rats and pigeons but kestrels, blackbirds, red foxes, bright finches, mouse-sized bats, feral cats—even wall-climbing lizards and a handful of frogs who hopped out of the gutter or from the mouths of dark pipes that fell from the rooftops. He asked them if they knew of the shiny metals and bits of paper that the humans traded, and they said yes. He asked if they might bring them, and they agreed. They seemed quite eager, in fact, for no one had bothered to talk to them in a very long time.

A brown rat the size of a small dog was the first to return. It walked headfirst down a vertical drain pipe carrying something in its teeth. It dropped it on the ground near Etude’s bare feet. It was a silver ring, quite large and heavily tarnished, with swirling bands at the top that held in place a sapphire of at least ten karats. Etude bowed to the rat and introduced himself and me. The rat was a kind of wise man and he told my friend he had come as soon as he heard, for it was rare anymore for people to honor the old ways—the ways before cities and towns. He said that under this city many babies were starving, and Etude promised to knock over a rubbish bin near the river, which he did on our departure. The wise rat thanked him and left.

On and on it went. An animal appeared bearing a small treasure, something lost in the cracks and sewers, and asked a favor of the shaman, which he happily obliged. Most were quite simple. A kestrel had some plastic netting wrapped around its feet and tail and asked that it be removed, which I was happy to do. She left us a single diamond earring. A mother cat with Gucci collar brought a snarling kitten, a child from a recent litter—a matted, angry little menace of a cub that her owners had discarded. The mother had rescued it and kept it in secret, but it bit her and refused to eat. The young shaman wasted not a moment. He lifted the tiny terror by the scruff of its neck. It hissed and tried to bite him, but he merely moved his hands over it and spoke in a low voice. Even animals can be possessed, it seems. When the spirit was mesmerized, Etude passed his hand through the kitten’s body and brought it out in a closed fist. He whispered words to his fingers, then opened them and blew, and black ash scattered on the breeze. He returned the tiny kitten, now mewing plaintively to its mother, whose gave us her owner’s gold money clip, stuffed with neatly folded bills—so many, they could not be easily counted.

Before long, there was a line of animals stretching around the corner, and I felt like Etude and I were royalty, receiving gifts and entreaties from our noble subjects. We were polite to them, and they were polite to us. There was much bowing and speaking of ancient oaths. Soon, as word spread to the wilds that a true shaman had appeared in the city, all semblance of order was dropped. As their numbers grew, the animals took to frenzy, agitated to excitement by the mere chance to see the strange bald man who remembered the ancient treaties, when men and beasts had warred and then made a pact. Birds of all stripes and colors swooped into the alley and dropped prizes. Bullfrogs croaked and hopped laboriously forward amid a tangle of rats and mice and more than a few voles who scurried so quickly that it was very hard to see them. Each deposited before the feet of the shaman the shiny detritus of the city—metals and papers and strange cut rocks.

As the animals swarmed, the pile at Etude’s feet grew, and he raised his arms in thanks. And so he stood amid the chaos, hands high, like the barefoot conductor of a great pastoral symphony. And then, just like that, it was done. Etude brought his hands down and the animals scurried away in all directions, as if they forgot that they could speak, and we were alone.

The pile we had amassed was mesmerizing. There were rings, bracelets, necklaces, loose gems and pearls, earrings, cash, and coins. Quite a bit of the jewelry was costume, of course, and amid the coins, I found several bottle caps, a penny slug, and some brass tokens to various laundromats and arcades. There was also a dog’s tag, three key chains (two with keys attached), and a ring fashioned from a nail. The birds had snagged a handful of restaurant receipts, presumably mistaking them for cash, including one bearing a freshly written phone number next to a hand-drawn heart. They had also pilfered someone’s grocery list and part of a newspaper crossword puzzle, all in Italian.

Even still, by the time the symphony reached its sudden climax, enough valuables had been delivered to fill a small chest. It was a genuine treasure. I had never seen a treasure before. Etude knelt and thrust a hand into it and lifted a full fist. Gold fell from between his fingers and clinked on the cobblestones.

from the conclusion of my epic urban fantasy FEAST OF SHADOWS.