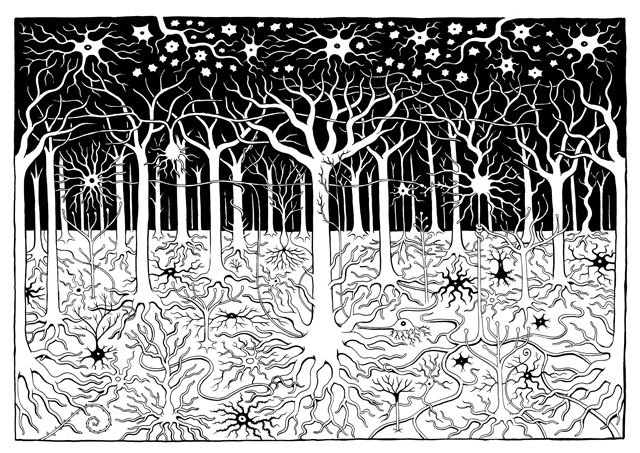 But even what we perceive as reality is a simulation. The human eye has a discrete resolution, for example. The width of the photosensitive cells at the back of your retina represent the lowest limit of our ability to detect light, but not all photons in the visible range that strike the retina are translated into vision. Some are discarded, first by the simple biology of our eyes (although there’s actually some complicated “averaging” going on there) and then by our brains during visual cognition.

The universe exists in discrete packets of energy we call quanta, the physical manifestation of which is the Planck length, the point at which space can be divided no further. As such, it’s sort of analogous to a pixel on a 2D display (or voxel on a 3D one). Our universe appears to be discrete rather than continuous.

Some have suggested that such discreteness could be evidence that the universe is nothing more than a highly advanced simulation whose resolution is equal to the Planck length. That might explain, for example, why there are only three dimensions — since each added dimension would require exponentially more processing power for little gain, depending on the object of study.

If what you’re simulating is life, then three is minimally sufficient since the complex chemical reactions required are not possible on a flat plane. In fact, three may be ideal. Where the reactions necessary for life can’t occur in two dimensions, four might allow substrates to “slip away” from reaction centers, making life orders of magnitude more difficult per unit of entropy (or however we want to measure it).

The simulation hypothesis could also explain the anthropic principle, which states that “any data we collect about the universe, in order for it to be observable in the first place, must be compatible with the conscious and sapient life that observes it” [Wikipedia]. Universes that cannot evolve life will not be observed.

If I were simulating a variety of entire universes, especially ones where life could evolve, and I wanted to be as meaningful as possible, I imagine I would opt for more information density rather than more dimensions, especially since each added dimension would come at such a high cost. I imagine I would also want there to be an arrow of time, such as the one we observe, if only to force the simulation forward to some sort of resolution rather than let it spin its tires in a random back-and-forth walk.

Scientists at Oxford famously observed back in 2017 that it’s not possible for this universe to be simulated on a classical computer, since not even the biggest can handle the quirks of quantum mechanics. However, we don’t know that we aren’t in a simulation on any other kind of computer, such as a quantum computer, or that our universe isn’t otherwise artificial.

I doubt very much that our universe is a simulation, but it’s certainly the case that each of us lives in one. We’ve already seen how our visual system discards most of the information that reaches it, either by limiting input or by focusing our attention selectively on what remains. In fact, as Anil Seth argues, our collective sense of the world is not only indistinguishable from an hallucination, it IS an hallucination — a controlled halucination.