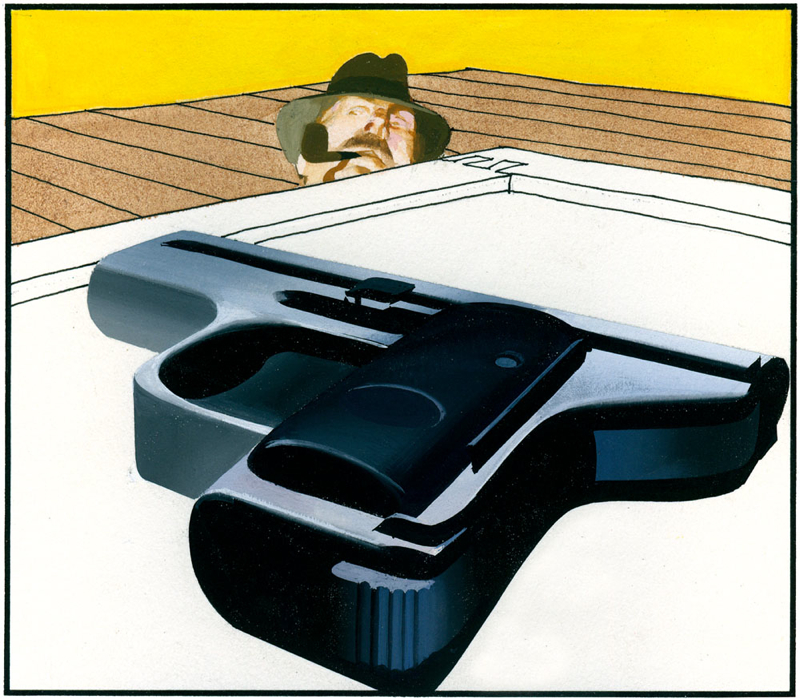 Ferenc Pinter (1931 – 2008) was an Italian painter and illustrator. He was born in Liguria to a Hungarian father and Italian mother. His name was spelled Pintér Ferenc in Hungarian and he signed most of his works with the Hungarian name order; however in Italy he was known as Ferenc Pintér. In 1940 his family moved to Budapest where his father received health treatments. After being orphaned, Pinter tried to enter the Academy of Fine Arts, but he was not admitted for his divergence with the communist ideas of the time. After the 1956 Hungarian Revolution, he fled to Italy. In Milan, he was commissioned for a series of advertisement illustrations and posters until, in 1960, he began working with the large Italian publishing house Mondadori, with which he collaborated for 32 years.

Pinter realized numerous covers for Mondadori books and magazines, such as Segretissimo (a spy stories series, 14 covers), Diabolik, Maigret and Agatha Christie translations, and for Oscar Mondadori (the most sold Italian pocket series). In 1989 he painted the 22 Tarot Triumphs by Lo Scarabeo of Turin. [Wikipedia]

I do love cover art. Pinter certainly showed that you don’t need a lot of content to make a compelling image. 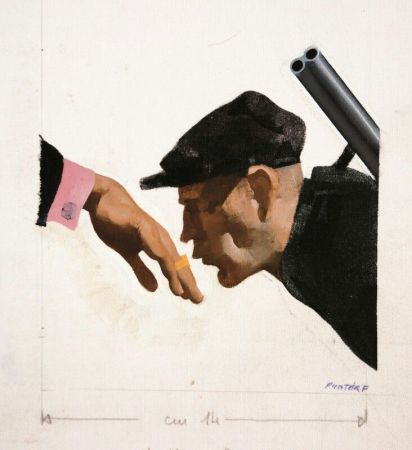 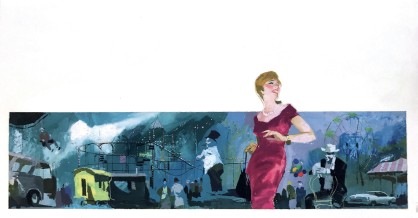 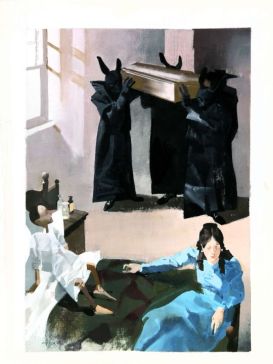 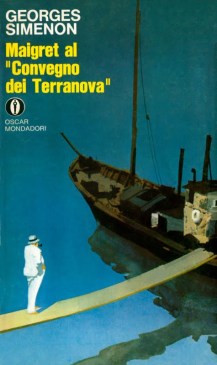 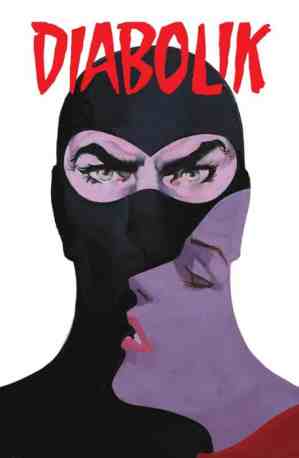 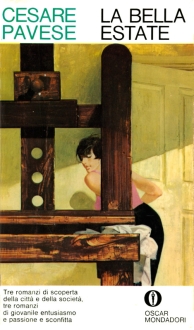 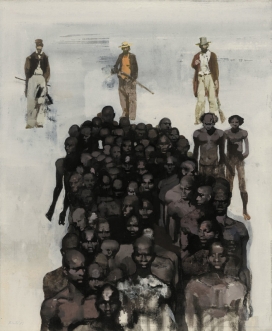 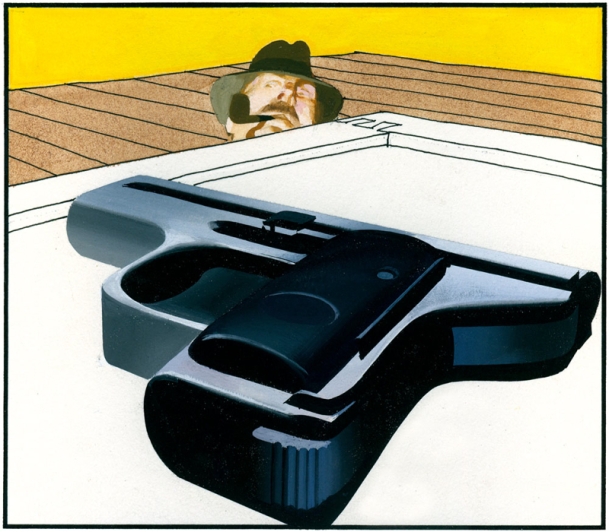