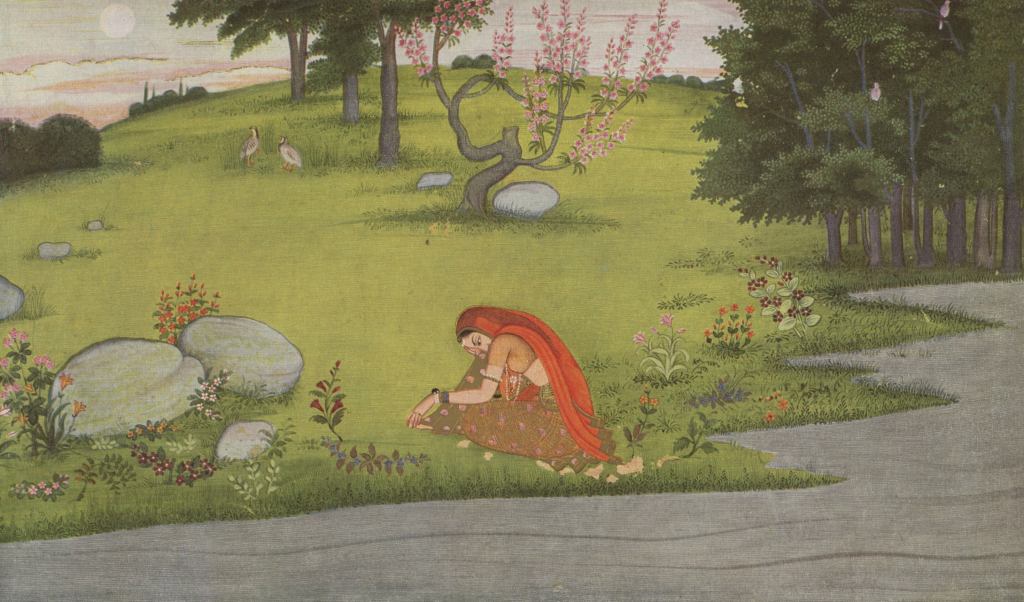 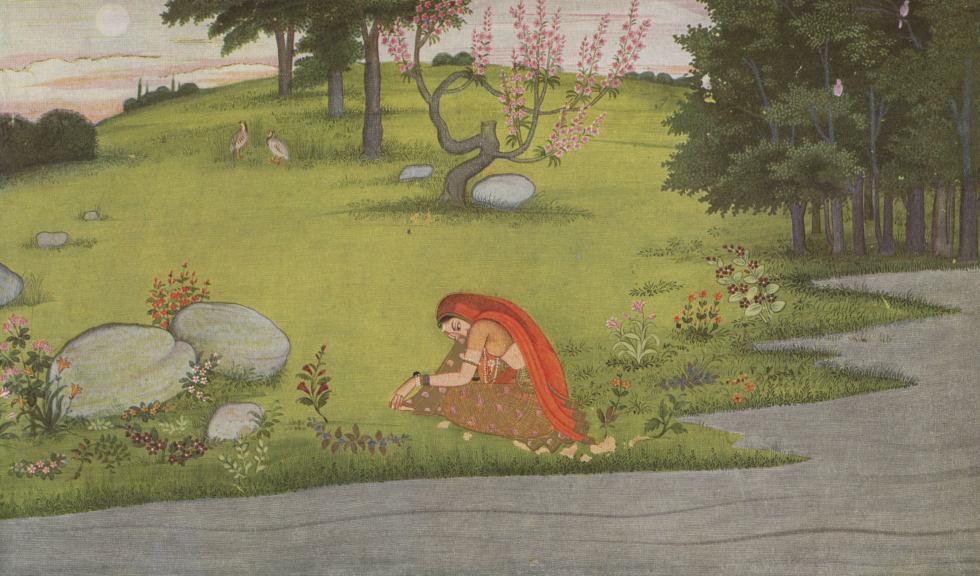 The Gita Govinda, or “song” of Govinda, is a 12th century piece by the Indian poet Jayadeva which was later illustrated in a series of small paintings (circa 1775-1780) at Tehri Garhwal, Uttarakhand, India.

“The Sorrow of Radha,” one image from the Tehri Garhwal Gita Govinda, depicts the milkmaid Radha in mourning after the departure of Krishna, avatar of Vishnu.

Vishnu is part of the Hindu “trinity:” Brahma the creator, Vishnu the preserver, and Siva the destroyer. Unlike his Christian counterpart, Vishnu comes to earth in human form not just once but several times, although the avatar of Krishna is especially important.

Prior to this scene, Krishna dances in revelry with a group of gopis, or milkmaids, on the bank of the Yamuna river. Milkmaids, obviously, would not be born to a high caste, so there is a sense here of “Jesus among the poor.” 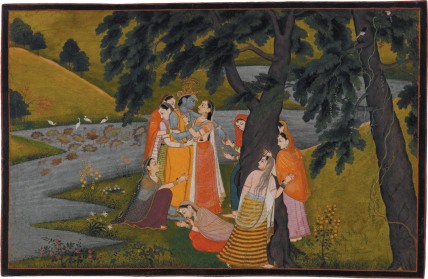 The dancing is ecstatic and symbolic of the rapture of the divine. There is also a distinctly sexual element since Hindus do not banish that part of human experience to Hell.

Krishna of course leaves. In fact, he is depicted as being “unfaithful” to the gopis, careless even, abandoning them without warning.

Here, the milkmaid Radha, who was especially devoted, has collapsed in shock and loss, a moment masterfully illuminated, not just by the isolation of the lone figure but by the peace of her surroundings. The river flows, the leaves rustle, the birds continue their forage, all completely oblivious to the plight of this poor woman, which for me heightens her sense of isolation. The artist has not put her a bleak and barren landscape, with withered grass and storm clouds on the horizon. The world does not share in Radha’s suffering, which is — like all true suffering — intensely personal. 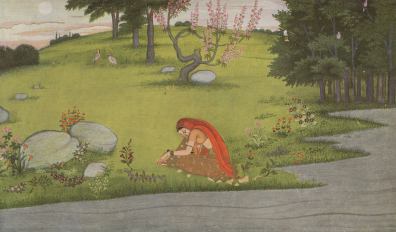 This is a picture of a crisis of faith. This woman has not only experienced God’s love but His rapturous embrace. She has laughed as he spun her in a dance that seemed to transcend time. It’s not that she thought it would never end. It’s that, dancing, she had no sense of beginnings or endings.

But of course it does end, and seemingly without reason. Like Radha and Job, we the penitent ask, why has this happened to me? Why hast thou forsaken me, O Lord?

There is a town — symbolic of society — over the hill in the distance, but it is worlds away, nothing but a shadow. Radha is in the wilderness of human despair. And time flows by.

It would seem that’s the end. And yet, in the background, there is a tree that had been cut. Its branches have grown up and around the wound. Flowers now bloom out of season…

Goosebumps, man. This is great art. 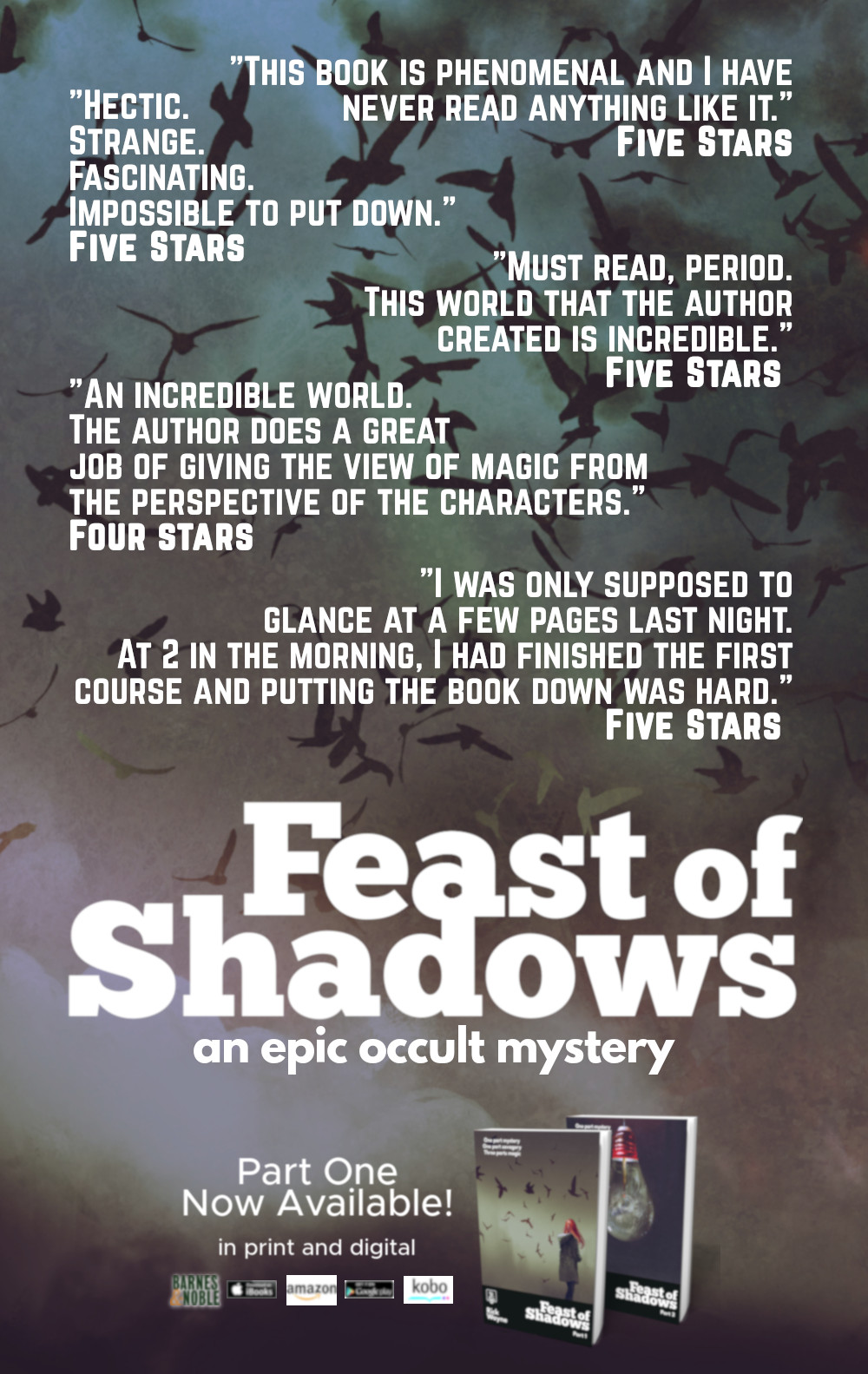 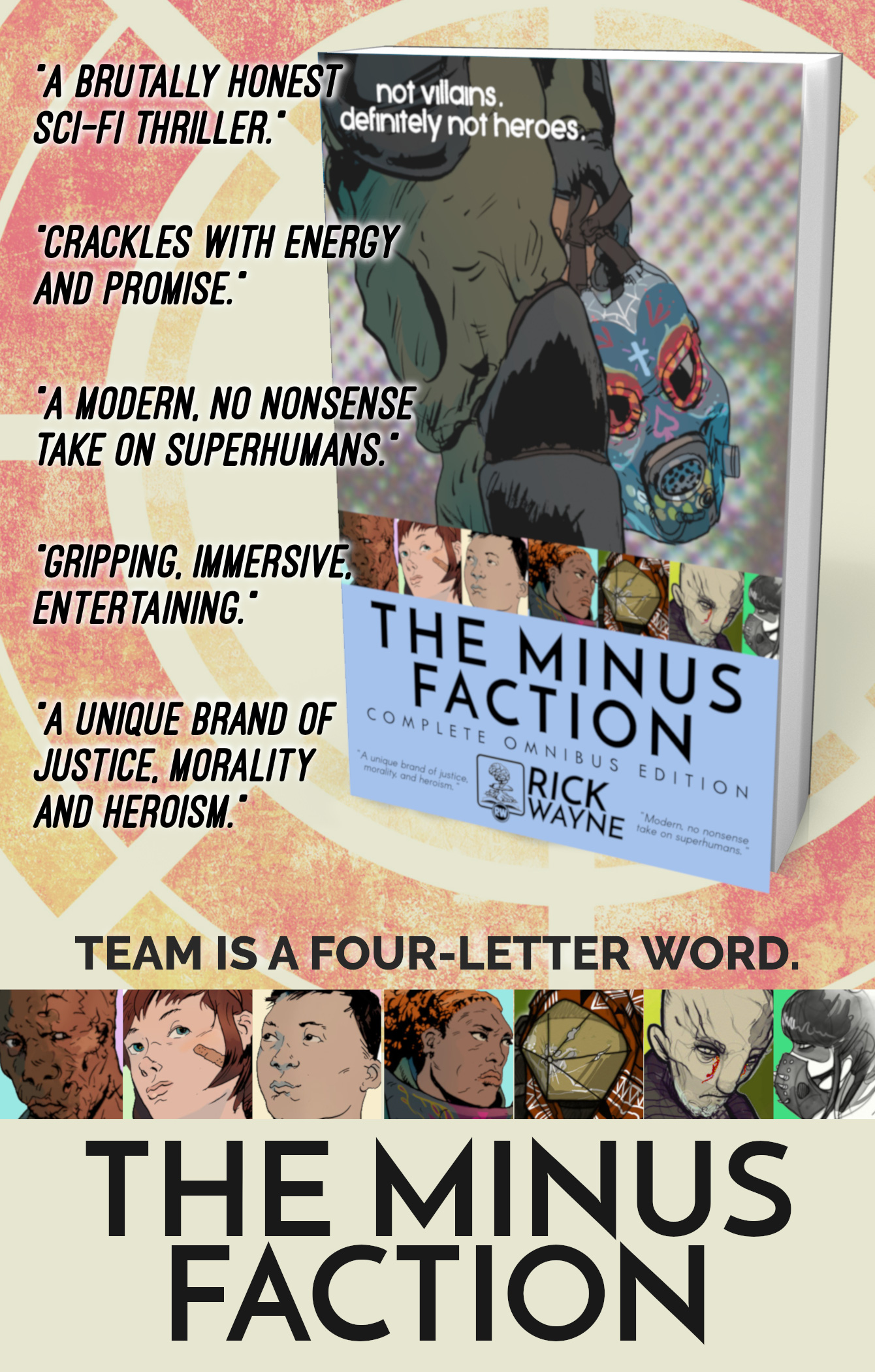