Retrofuturism is a movement in the creative arts showing the influence of depictions of the future produced in an earlier era. Characterized by a blend of old-fashioned “retro styles” with futuristic technology, retrofuturism explores the themes of tension between past and future, and between the alienating and empowering effects of technology.

Although retrofuturism, due to the varying time-periods and futuristic visions to which it alludes, does not provide a unified thematic purpose or experience, a common thread is dissatisfaction or discomfort with the present, to which retrofuturism provides a nostalgic contrast.

One such theme is dissatisfaction with modern futurism. In some respects, an extrapolation of the present to the future produces disappointing, or even ghastly results, exemplified in cyberpunk and other dystopian futures often characterized by overpopulation, environmental degradation, societal degradation and transfer of power to unaccountable private entities or governments. Compared to such imaginations of the future, retrofuturism suggests a world which may be more comfortable or at least more capable of being understood while evoking “nostalgia for a time of forward-looking hope and romance”.

This dissatisfaction also manifests as political commentary in Retrofuturistic literature, in which visionary nostalgia is paradoxically linked to a utopian future modeled after conservative values as seen in the example of Fox News’ use of BioShock’s aesthetic in a 2014 broadcast.

Retrofuturism also implies a reevaluation of technology. Unlike the total rejection of post-medieval technology found in most fantasy genres, or the embrace of any and all possible technologies found in some science-fiction, retrofuturism calls for a human-scale, largely comprehensible technology, amenable to tinkering and less opaque than modern black-box technology.

But Retrofuturism is not universally optimistic, and when its points of reference touch on gloomy periods like World War II, or the paranoia of the Cold War, it may itself become bleak and dystopian. In such cases, the alternative reality inspires fear, not hope, though it may still be coupled with nostalgia for a world of greater moral as well as mechanical transparency. [Wikipedia] 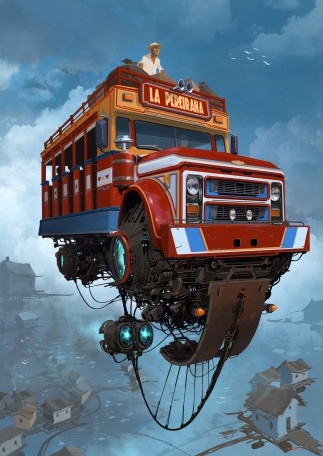 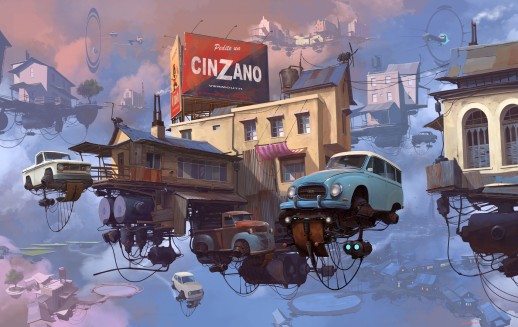 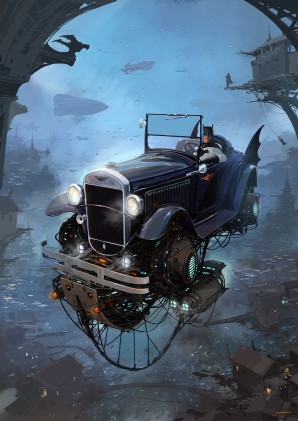