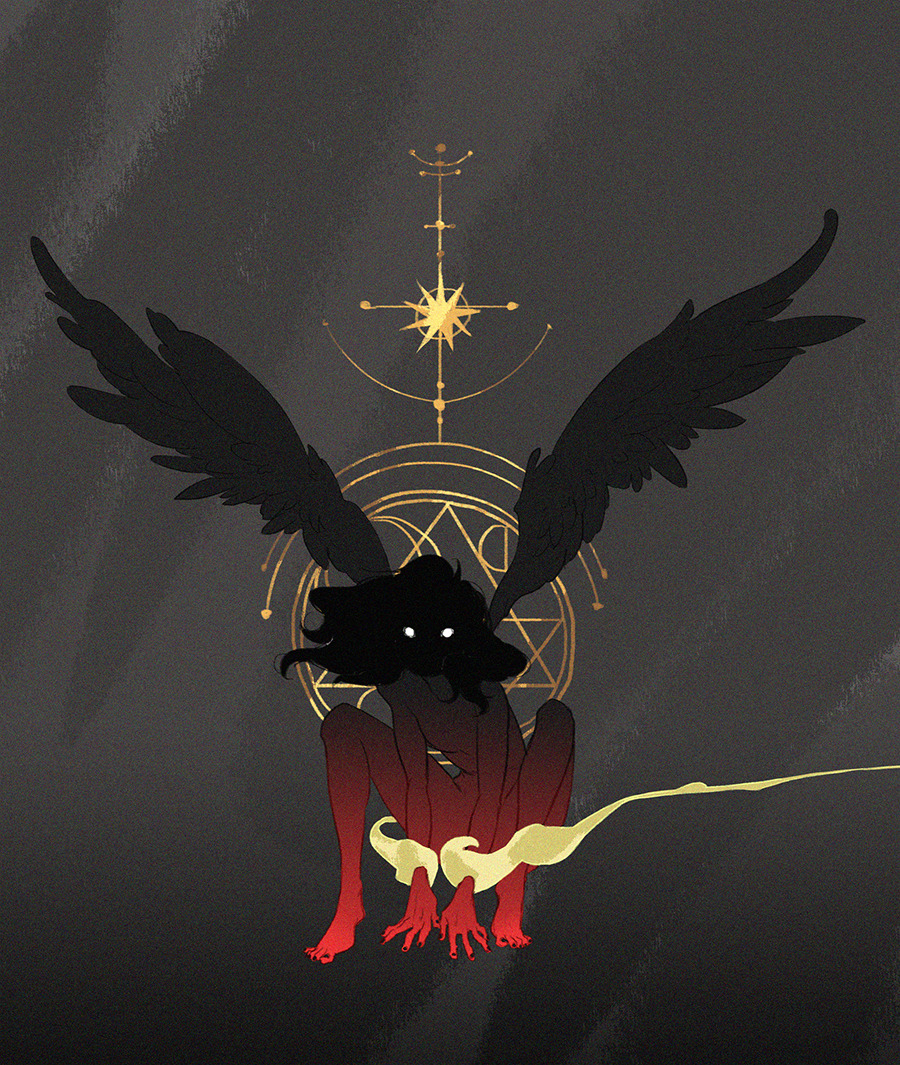 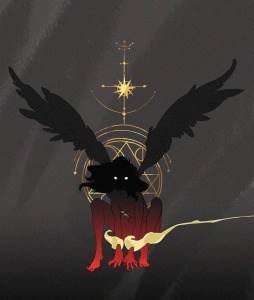 I walked out and down the concrete steps and found my companion sitting on a curb across the parking lot. Her hand propped up her chin, like the famous statue. She didn’t look at me.

“Someone should burn this place to the ground.”

I glanced back to the dark cube of a building. “Sounds like some folks tried.”

She stood and walked toward the back of the lot, away from the street.

I watched her walk toward a grove of trees, like a giant tuft of hair, that rose from a waste of ground between the building complex and whatever was beyond. I looked around. Neither of us had a car.

“You’re just gonna disappear again?” I caught up to her. “How about telling me why you’re here. How did you even find this place?”

“You wouldn’t believe me if I told you.”

“You’d only balk. And anyway, it’s not important.”

I stopped her. “Jesus, what is important?”

She paused. “Has it occurred to you that every time you get a lead like this, it turns out to be a dead end?”

I wasn’t sure I would’ve classified all my leads as dead ends, but the uncomfortable truth of my overall lack of progress, despite weeks of effort, made me shift awkwardly in my stance. “What are you suggesting? That it’s not an accident? That it’s orchestrated somehow? Like a cover-up?”

She just looked at me flatly.

“Is it unusual or not, in your experience?”

I took my time answering. I had the sense that somehow I was walking into a trap. “Yes. It is a little strange.”

“A little strange?” she asked. “Or very strange?”

“And what do you make of that?”

I shrugged and shook my head. “Bad luck? It happens.”

“Of course.” She started walking again. “Always easier to pity yourself.”

“Wait!” I scowled at the insinuation. “If it’s not that, then what is it?”

“You know the answer. You knew the answer at the school. You just don’t want to accept it.”

I didn’t, and she turned to leave again.

“Say it. Say the word on the tip of your tongue right now. Say it.”

She nodded. “An exceptionally powerful one at that.”

“Because it’s frustrating him, too, and not many can do that.”

“No.” She shook her head. “No, that won’t make any sense to you. Focus on what’s happened. Focus on the facts. The world around you is folding away from you, Doctor, like origami. Or a labyrinth. Focus on the pattern, how every step forward leads you on and away from the center.”

“Obviously, someone doesn’t want to be found.”

I made a face that was somewhere between skepticism and disgust.

She made one back. “Don’t. I’m not stupid. I know how it sounds. But you learn to recognize it after awhile. Things looks different when they’ve been manipulated. They have a different feel. There’s an abundance of spontaneous conveniences, for one. Usually bad.”

“Tell me, Doctor, how is your career going? While you’ve been off chasing this, what’s been happening back at the office? In much trouble, are you?”

I paused. I ran over our conversation in my mind. “You heard me on the phone with Ollie.”

She rolled her eyes. “Fine. Have it your way. Goodbye.”

“Wait.” But she didn’t stop this time. “Wait, please.” I trotted forward and grabbed her arm. I felt bad immediately and let go. It was rude. I thought she might deck me. But she didn’t.

She seemed to pity me then, like I was a lost child who’d grabbed her hand at the carnival.

“You can make it complicated or you can make it simple. Either you believe all of the bad things happening are a complex series of accidents, coincidences, bad timing—that it’s pure happenstance that the more you dig, the worse everything gets for you. You either have the wisdom to see through that or you don’t. It’s not my job to change your mind.” She turned to go again.

I watched her for a moment. “I can go places he can’t. That’s what he said.”

I strolled toward her. “But you don’t think I should. You’re trying to scare me away. Why? Because it’s dangerous?”

“You have no idea,” she breathed. “You’re still in the phase where it all seems mysterious and enchanting. But it’s not. It’s so very, very the opposite of that.”

“No. You don’t. That’s always the conundrum. People don’t see, so they don’t understand. But once they do see, they can never unsee. They can never go back. Your life will change, Doctor. Forever. I promise you. Keep on this path, and you will look out on an entirely new world. You will feel like an alien in it. You will never fit in. People will think you’re crazy. You will think you’re crazy. You will always be an outcast, a misfit. Think of your daughter. Think of how she’ll look at you as she gets older. Think about what she’ll tell her friends at school about her crazy old man. Is that really what you want?”

“You seem to be doing okay.”

Her reaction was physical. She almost flinched. “That’s different.”

She started backing away casually. “Go back to your family, Doctor. Please. Let us handle this. It’s what we do.”

“Sure. Be glad to. Just promise me one thing. Promise me no one else will get sick, okay? Promise me there won’t be any dead kids.”

“Five people were left to die—in a damned dungeon, for all intents and purposes—and no one cares because they weren’t born on this continent. A teenager was locked in an abandoned apartment complex and no one cares because she was a drug addict. Probably would’ve killed herself anyway, right? Another young woman died from the same disease and no one cares because she was a prostitute who would’ve contracted something sooner or later anyway. A community leader flat out disappeared, almost like he never existed, and there’s a cluster of corpses in the basement of an old school. The New Jersey Fire Marshall seems to think they were vagrants. Homeless. Their bones showed evidence of poor nutrition. Wrong place, wrong time, they told me. Squatting on private property. Got drunk. One of them lit a cigarette. Poof. The building burns down with them in it.

“Everyone I talk to says the same thing. They all have nice, rational reasons why there’s nothing to worry about. It’s a different jurisdiction, a different department, an unfortunate tragedy, life in the big city. Nothing more.

“One or two of those things, I could believe. But when something keeps happening over and over, it’s not chance. There’s a reason. When black folks keep dying, there’s a reason. So, what do you expect me to do? Go home and forget? Pretend it’s someone else’s job? What would you do if you were in my position? Walk away? Clearly not, because here you are, out on your own, like me, wrapped up tight in whatever the fuck this is. I dunno, maybe some part of you wishes you could go back. But somehow I doubt you’d be able to live with yourself.” I stopped. I realized I’d almost been shouting at her. I lowered my voice. “Or maybe I’m wrong.”

She studied me a moment with an uncanny gaze. It made me uncomfortable, like when I was a kid and my grandmother would sit in the corner etching the street hustler out of me with her eyes.

I broke the silence. “Can I at least get you a ride or walk you to the bus or something?”

“No need. The Jag can’t have wandered far.”

“It was a nice speech,” she said, turning back to the trees. “We’ll pick you up tomorrow.”

“Tomorrow?” I called after her. “What are you talking about? When tomorrow?”

“At the right time.”

“At the right place!” And with that, she was gone.

Feels good to be writing again.