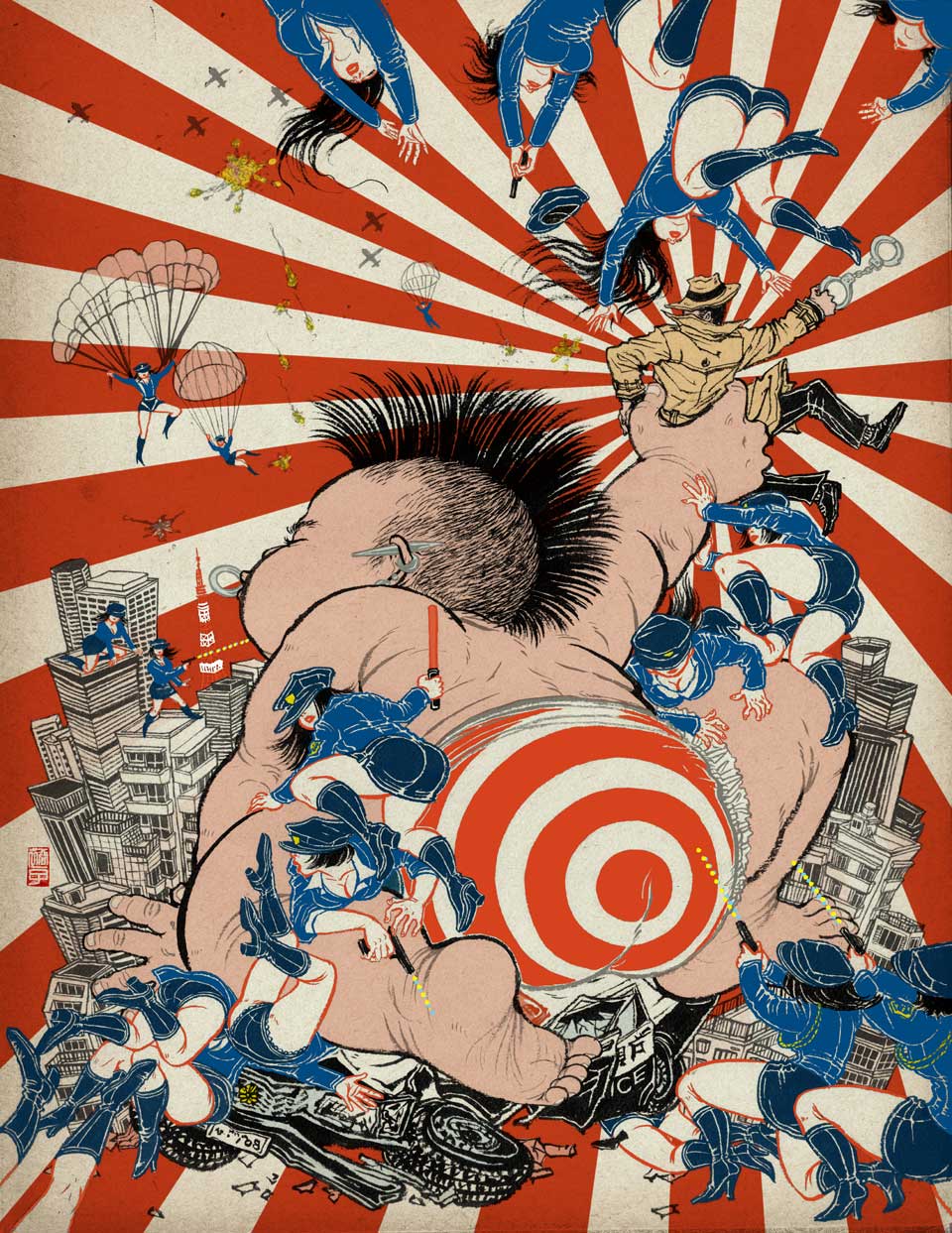 Kyu Sakamoto stands over popular music in Japan the way Frank Sinatra stands over popular music in the U.S. This song actually made it to the Western charts with the title “Sukiyaki,” which is a kind of food and has nothing to do with the song. The Japanese title, “Ue o Muite Arukō,” means something like “looking up as I walk.” A Newsweek columnist noted that the re-titling was like issuing “Moon River” in Japan under the title “Beef Stew.” But then that kind of casual racism was rampant in the 60s.

This song was recorded for the 1973 thriller Lady Snowblood, based on the manga of the same name, about a woman who takes revenge on the men who raped her mother and killed her family. Meiko Kaji, who sings the song, also played the lead role.

In the mid- to late-70s, Boomers in the West were chilling to instrumentals by Herb Alpert, Chuck Mangione, and Barry White. Hiroshi Suzuki created an exceptional if largely unknown entry to the genre in 1975.

Starting in the late 70s, as the Japanese economy starting taking off and her pop culture began to seep westward, a number of artists began singing in English as Hiroshi Satoh did on his 1982 EP.

Mariya Takeuchi’s 1984 hit “Plastic Love” took off on YouTube recently thanks to the synthpop revival and the platform’s obscure recommendation algorithm. One 2016 remix has amassed over 7 million views. Here is the original.

This next song is pretty obscure. The artist, however, is one-third of electronic music pioneers Yellow Magic Orchestra. (Another member is Oscar-winning composer Ryuichi Sakamoto.)

I’m not sure what to say about “Sports Men.” Check it out.

And finally here is one by YMO, mentioned above. Hasono, Sakamoto, and Takahashi formed it as a kind of parody of a parody, their music being an intentional play on the West’s stereotype of Asian popular music of the era.