Even if you’ve never heard his name, you know the work of American painter and illustrator Eyvind Earle, who not only gave the Disney films of the 1950s their distinctive look but also inaugurated an entire genre of holiday greeting cards, whose style you’ll recognize in some of the images below.

But by the time he started work on “Sleeping Beauty” in 1951 — a film that had already been in production and wouldn’t be released until 1959, taking ten years to complete — Earle was already a successful artist, having earned his first solo show in New York in 1937. He was, to some degree, a victim of his own commercial success. With his distinctive flair now indelibly linked to the films that bear his mark, it’s hard for us to see his paintings as anything more than animation cels, but to me, Eyvind Earle, along with designer Saul Bass, is an archetype the mid-century style, with its emphasis on minimalism and straight lines. (You can decide for yourself what that says about the era.)

Like his earlier contemporary, Normal Rockwell, Eyvind Earle made beautiful “everyday art,” art meant to be looked at and enjoyed in the home — on the wall, on greeting cards, on magazine covers. Pay particular attention to his use of perspective, light, and shadow, in other words his use of angle and line. Also note the high influence of Eastern screen painting and woodcuts on his pastorals: the way a single branch drapes down in front of a view of an exaggeratedly broad forest or steep mountain face. 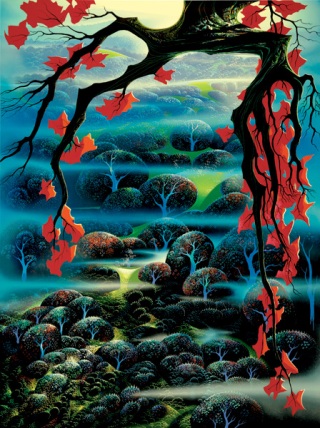 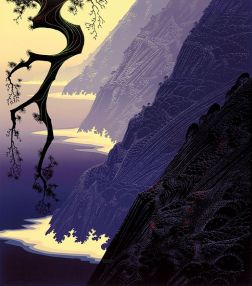 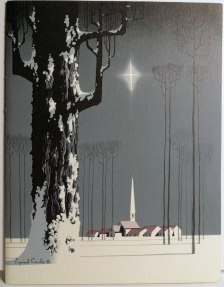 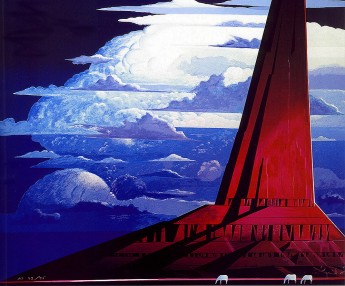 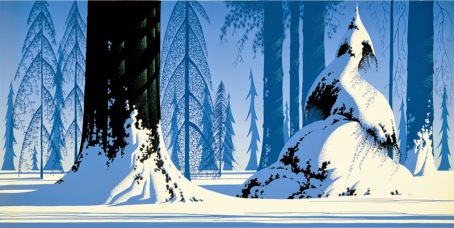 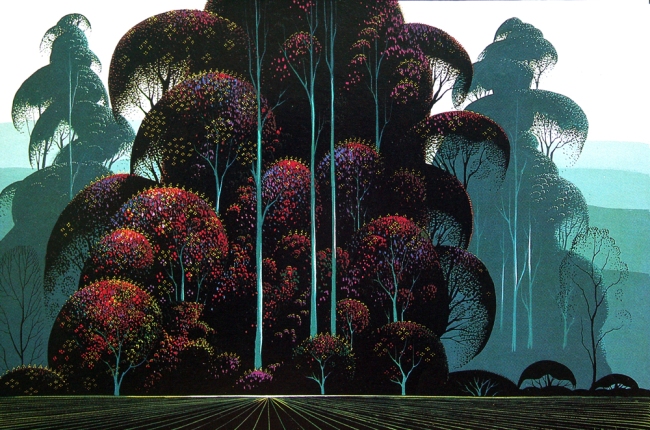 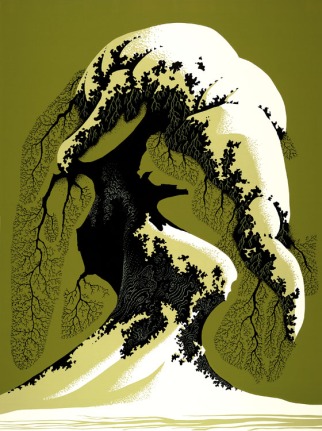 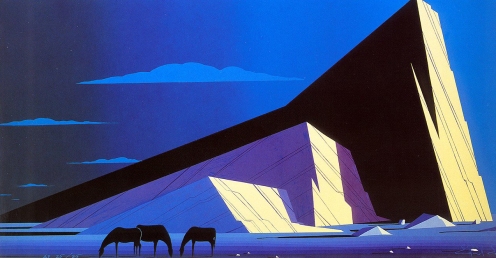 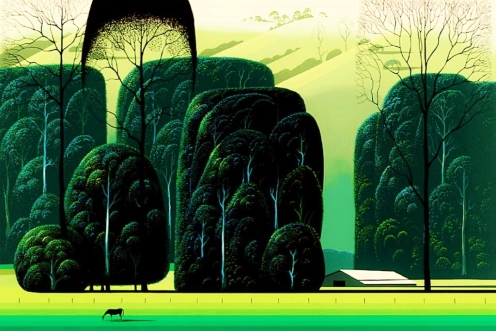 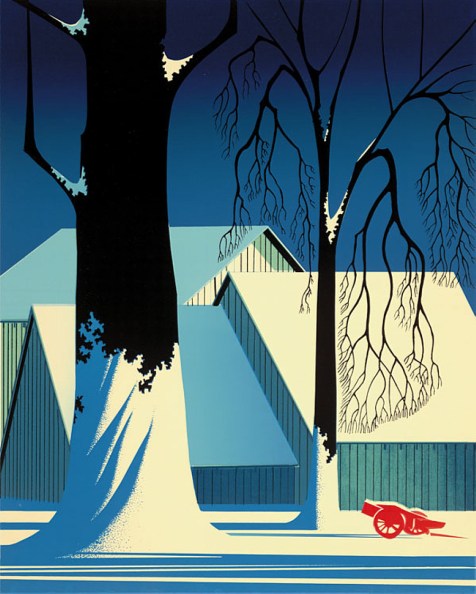 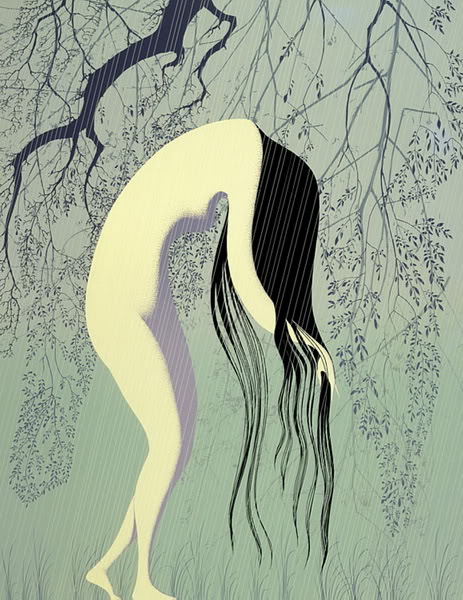 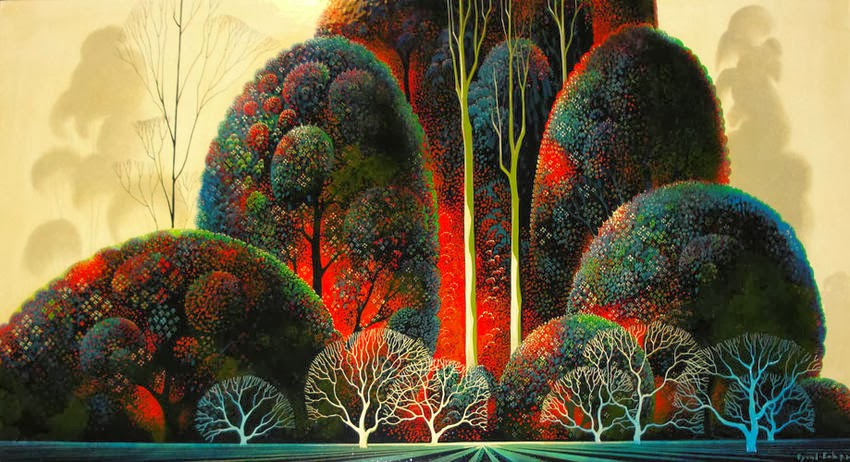