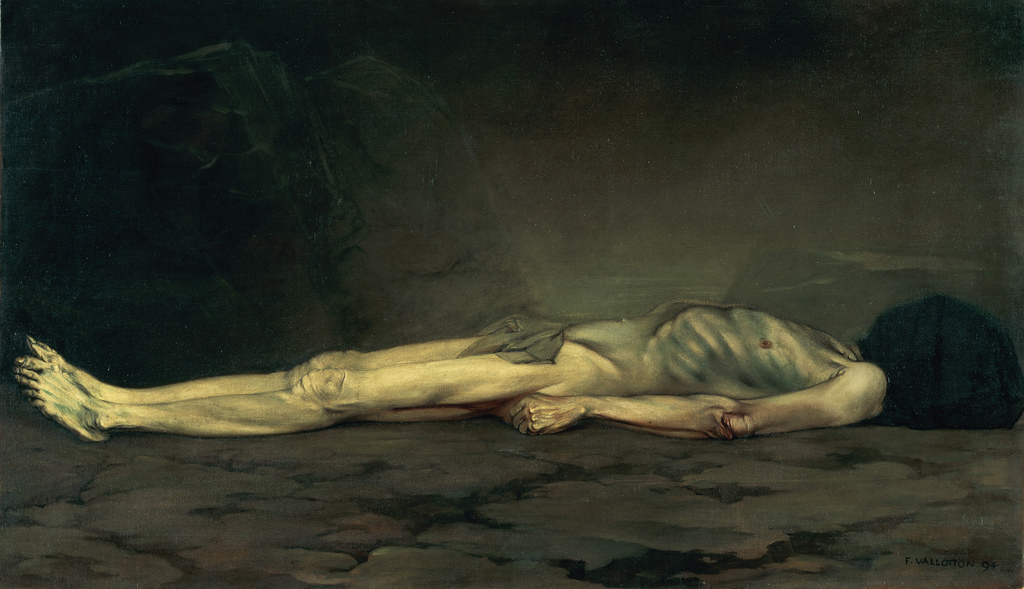 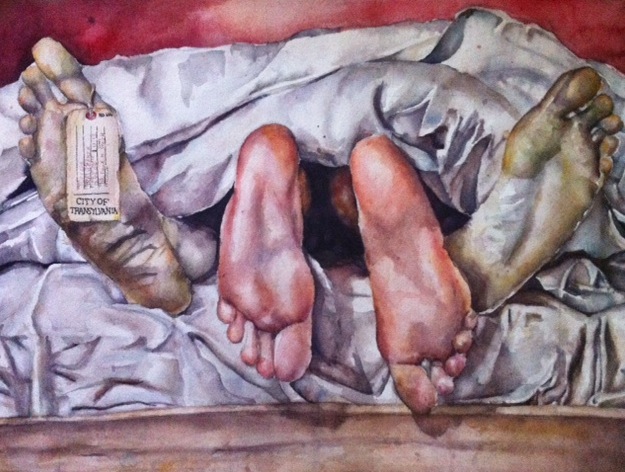 Paintings like Felix Vallotton’s “Le Cadavre” (1894) are important in the history of Western art. Prior to the 19th century, almost all depictions of cadavers — which is to say bodies that are clearly dead, versus drowned maidens or heroes of Greek myth who always seem in a simple sleeplike repose — were of Christ the Redeemer. Vallotton is referring to those works explicitly since Christ, if not on the cross or being taken from it, was portrayed exactly like this: laid formally, hands at his side — a king in rags lying in state.

After the 17th century, there were some depictions of medical dissections, but the focus was almost always on the teacher, and of course the anatomy theater was crowded with lively young men seeking to learn. Death enters these works only obliquely, if at all. In fact, one could argue those paintings, in Whiggishly praising the heroes of medical science, were depicting the exact opposite: the battle with and eventual triumph of man over death.

Not so here. Vallotton’s cadaver is clearly dead, and he is only dead. He is not being dissected for science. He is not sleeping. Unlike the drowned maidens and fallen Greek heroes of yore, he has not simply sloughed his mortal coil. But neither is he consumed with disease and so turned from a man to a symbol of one or another social ill —  pestilence or inequality. Nor is he Christ, whose humility in death precisely reveals his magnificence: the God who died for our sins and will rise again on the third day and yet who lays there still and humble as any man.

This fellow is someone, but he is not anyone. His face is obscured by a black shroud, almost like a hangman’s mask. He lies in dust, background in shade. He is dead, the painting tells us, and he is only dead. He is dead, it says, as one day you and I will be, too.

This painting isn’t about gods or heroes or redemption or beauty or sin or science or any of the grand themes of earlier epochs. It isn’t about Death Who Rides a Pale Horse. It’s about a human being, and about being human.