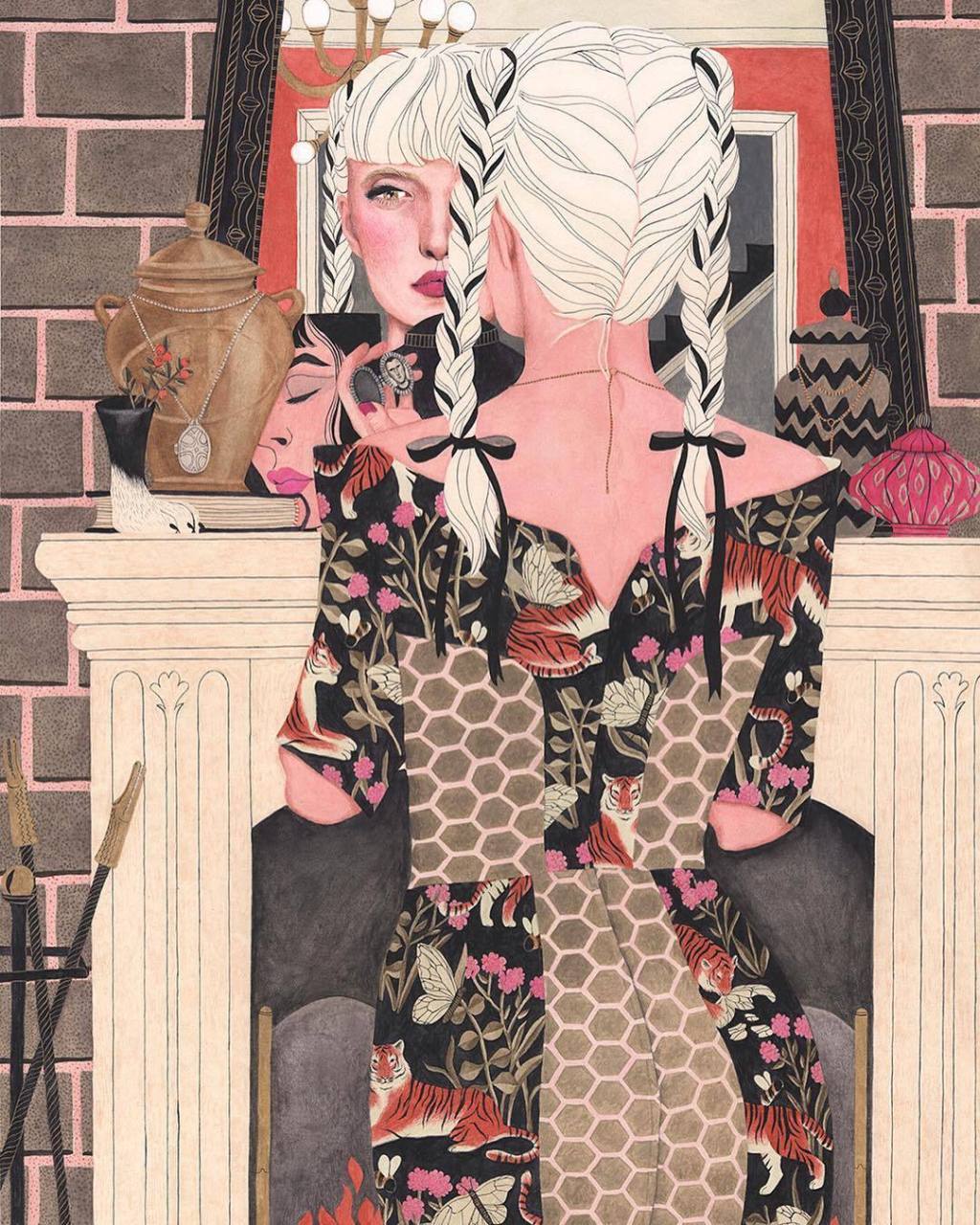 “The mirror was often used as a symbol of the vanity of woman. The moralizing, however, was mostly hypocritical.

You painted a naked woman because you enjoyed looking at her, you put a mirror in her hand and you called the painting “Vanity”, thus morally condemning the woman whose nakedness you had depicted for your own pleasure.”

“A woman must continually watch herself. She is almost continually accompanied by her own image of herself. Whilst she is walking across a room or whilst she is weeping at the death of her father, she can scarcely avoid envisaging herself walking or weeping. From earliest childhood she has been taught and persuaded to survey herself continually. And so she comes to consider the surveyor and the surveyed within her as the two constituent yet always distinct elements of her identity as a woman. She has to survey everything she is and everything she does because how she appears to men, is of crucial importance for what is normally thought of as the success of her life. Her own sense of being in herself is supplanted by a sense of being appreciated as herself by another….

One might simplify this by saying: men act and women appear. Men look at women. Women watch themselves being looked at. This determines not only most relations between men and women but also the relation of women to themselves. The surveyor of woman in herself is male: the surveyed female. Thus she turns herself into an object — and most particularly an object of vision: a sight.”

“The spectator-buyer is meant to envy herself as she will become if she buys the product. She is meant to imagine herself transformed by the product into an object of envy for others, an envy which will then justify her loving herself.”

“The happiness of being envied is glamour. Being envied is a solitary form of reassurance. It depends precisely upon not sharing your experience with those who envy you. You are observed with interest but you do not observe with interest – if you do, you will become less enviable. In this respect the envied are like bureaucrats; the more impersonal they are, the greater the illusion (for themselves and for others) of their power. The power of the glamorous resides in their supposed happiness: the power of the bureaucrat in his supposed authority.”

“Publicity has another social function. The fact that this function has not been planned as a purpose by those who make and use publicity in no way lessens its significance. Publicity turns consumption into a substitute for democracy.”

“History always constitutes the relation between a present and its past. Consequently fear of the present leads to mystification of the past.”

“To remain innocent may also be to remain ignorant.”

Excerpts from John Berger’s landmark “Ways of Seeing,” both a book and a BBC program you can watch on YouTube.

Here is the second episode, on the female body. After presenting his argument, he turns the show over to a group of women and sits quietly and lets them speak, which was quite a thing to do in 1972.

cover image by Rikka Sormunen. art below by Rafal Olbinski and unknown 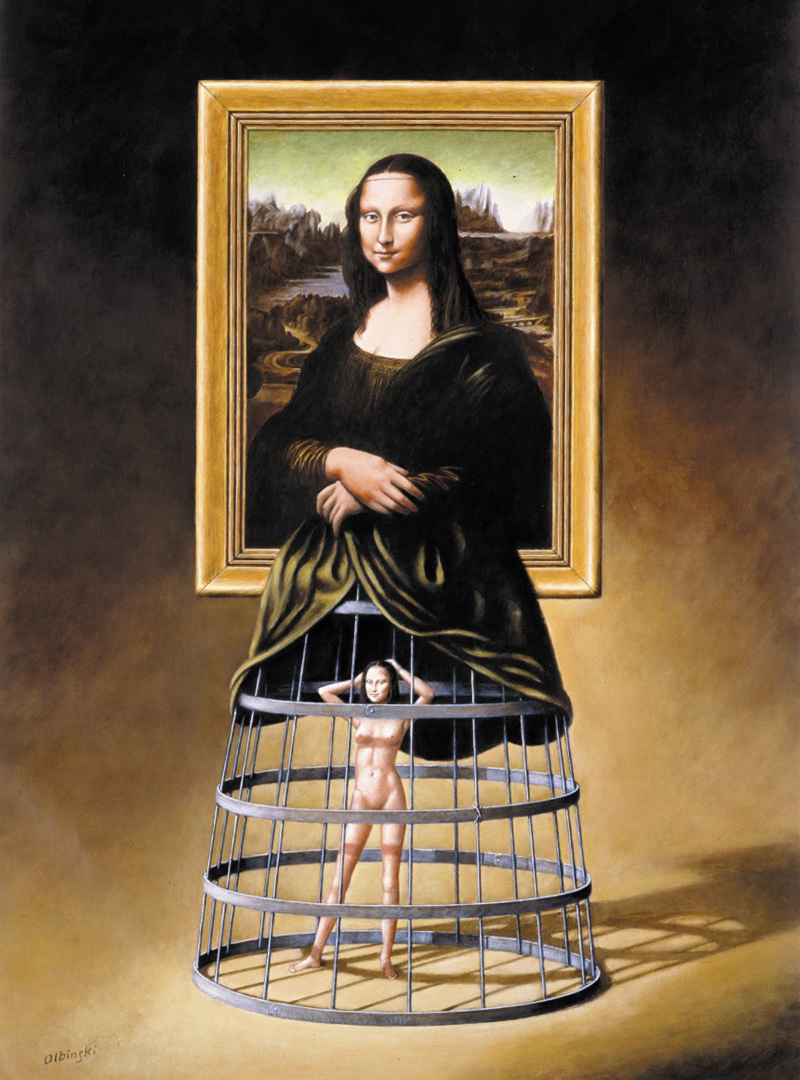