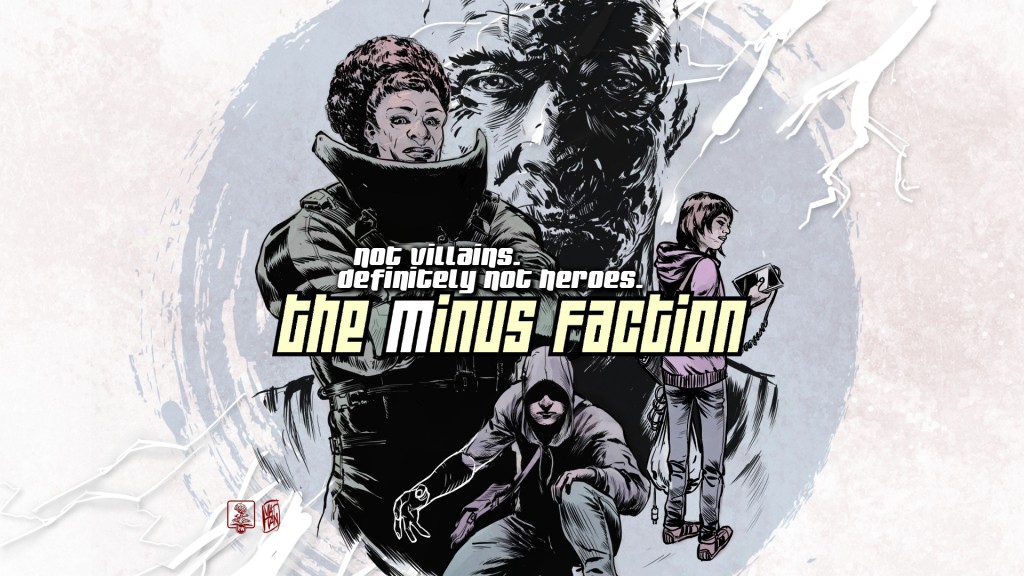 “Hits all the feels. I teared, laughed, cringed, choked on coffee, held my breath while reading one hundred miles per hour!” -advance reader review

The penultimate episode of my serialized superheroish sci-thriller THE MINUS FACTION is now available.

“This series is one of my favorite things. Messy and real and hard and beautiful.”

In Episode Six . . . Lost in the aftermath of betrayal, the members of the team wander alone through the ruins of their lives, searching in vain for hope. In their absence, a new enemy rises to eclipse all others.

Isolated and absent the Prophet’s prescient protection, John and company fall one-by-one to their new foe as the countdown ticks to its end.

“Some of the best, most evocative writing ever! Tears and laughter at the same time!”

Check out an excerpt below.

Anders Benet had murdered his mother in the womb.

He had no memory of this, nor could he say he intended the woman any harm. Indeed, it wasn’t until his fourteenth year that he killed anyone intentionally. That was the year his middle-aged gym teacher learned, just before she died, what a mistake it was to humiliate him in front of his fellow students, a fact she attested to repeatedly, over and over as she begged for her life, before Anders choked the childless woman to death by shoving her own bloody ovaries down her throat.

It was a messy kill, to be sure, and poorly planned, and he was very nearly caught. But then he had been in a hurry, a rush to consummate his first orgasm of violence. For he had learned something about himself not two weeks before, a simple truth about his past that changed everything, and that would come to change the world. His uncle, drunk and filled with guilt, had finally shared the circumstances of his mother’s death. The family had remained tight-lipped out of fear of upsetting the child during his most sensitive years. No one wanted to suggest her passing was his fault.

Baby Anders had had fits. Not often. In fact, there weren’t more than five through the entire pregnancy, and the first few lasted mere minutes. But as the fetus grew, so did the paroxysms, and by the last, Anders’s nineteen-year-old mother drove herself to the hospital in severe, cramping pain. At first everyone assumed she was giving birth—a full nine weeks early—but as soon as it was clear that was not the case, the doctors began scratching their heads. As they ran test after test and debated the risks of removing the fetus so prematurely, baby Anders continued his dark episode—the longest one yet—and so managed to aggravate an existing bruise. Five agonizing hours later, he triggered a hemorrhage, and very quickly his mother’s death.

Uncle Mik had explained all of this with his eyes cast to the floor. More than one tear dribbled into his beer, which he drank nonetheless. And never once did he look at his nephew. He couldn’t. Besides being a frail man with horrible nystagmus, Mik Van Veen was a coward.

When, after a long silence, the man finally turned to face his nephew’s shock, guilt, and anger, he saw nothing of the sort.

He saw only peace.

And then something more.

The older man recoiled as the boy threw a smile across his face—casually, the way a model might toss a scarf over her shoulder.

Young Anders was relieved. For he knew then that the fits he had been fighting his entire brief life—fits so dark he dared not share the full details—were not an anomaly, a deviation, as his teachers had led him to believe as they walked him to the corner to calm down. They were, in fact, the deepest, realest part of himself. The larva he had felt squirming in his skull, and which drove deep and abiding urges, hadn’t infected him from without. It wasn’t an alien or a demon. It was an organ, like any other.

But unlike any other.

Deep inside the young man’s chest, his heart bared a razor-toothed grin. Whatever else he was going to be in life, Anders Benet knew then—rightly, peaceably—that he would be a murderer, and that he would take from the world everything the black maggots in his head had promised.

But first, he knew, he had to be perfect. Above suspicion. So he practiced glamour. Charm. He smiled. And people smiled back. He became a model. He sang in a choir. He seduced a Dutch minister—a right-wing bigot in his fifties with a young wife, an older ex, and three children—and so secured appointment to a prestigious university. He played sports and entertained tasteful dalliances. He befriended everyone. At graduation, he was asked to join a small software startup that would eventually make him wealthy. Then came a brief stint in European football, to cement his masculine appeal, before entering politics. And shortly after his forty-second birthday, Anders Benet won a seat on the European Commission.

And every time the black maggots stirred, there was another kill—sometimes several. Like the swinging couple he had murdered the very week of his appointment. He met them online, and in the middle of their love-making, he killed the wife while the husband watched, incapacitated. He took his time. He enjoyed it. Not the killing so much. The horror in the man’s eyes.

For it wasn’t enough simply to kill. That was no great effort. Any street thug with a gun could slaughter. It was the power, the power that validated his dark destiny, the one forged in his mother’s womb, the one that stoked his patience.

And the higher he rose—in business, in politics—the more his allies had to lose, by association, if his true passions came to light, and so the easier it was to manipulate them into hiding certain relevant facts. It was simply a matter of playing on their self-interest. And giving them a single reason to doubt any of it was true, even a mediocre one. For the selfish will always choose a convenient lie over an inconvenient truth.

Still, it was true that for most of his life he felt incomplete, like a king in search of a country.

Until one day, while sitting on the Commission, enduring his hundredth meeting on farm subsidies in the east, mind wandering to the previous night’s entertainment—a Turkish intern he’d raped after mangling her with a pair of forceps—he noticed a symbol on one of the documents, a symbol he wasn’t supposed to see.

Three circles connected in the center by three lines.

And when, after weeks of patient investigation, its meaning was finally made clear, Anders actually stood in a quiet hallway with his mouth agape, feeling as though he had just plucked the sword from the stone. He even looked at his palm as if it held the weapon. Here was his sword. All he need do was wield it and the kingdom would be his. All those promises the black maggots had whispered, the ravings that sent him to the corner in grade school, the whooping screams that kept him awake at night, all of it would finally come true.

And now, a full fifteen years later, he was mere days away from absolute victory. He had burned away the last vestiges of Anders Benet, cultivated fraud. Murderer. And had emerged his true self. And as he stood looking out from his castle, he knew that he had finally arrived. That ultimately, finally, everyone who had stood in his way, everyone who could stop him, had been beaten or stayed. All of them.

Episode One is permanently free and available here. 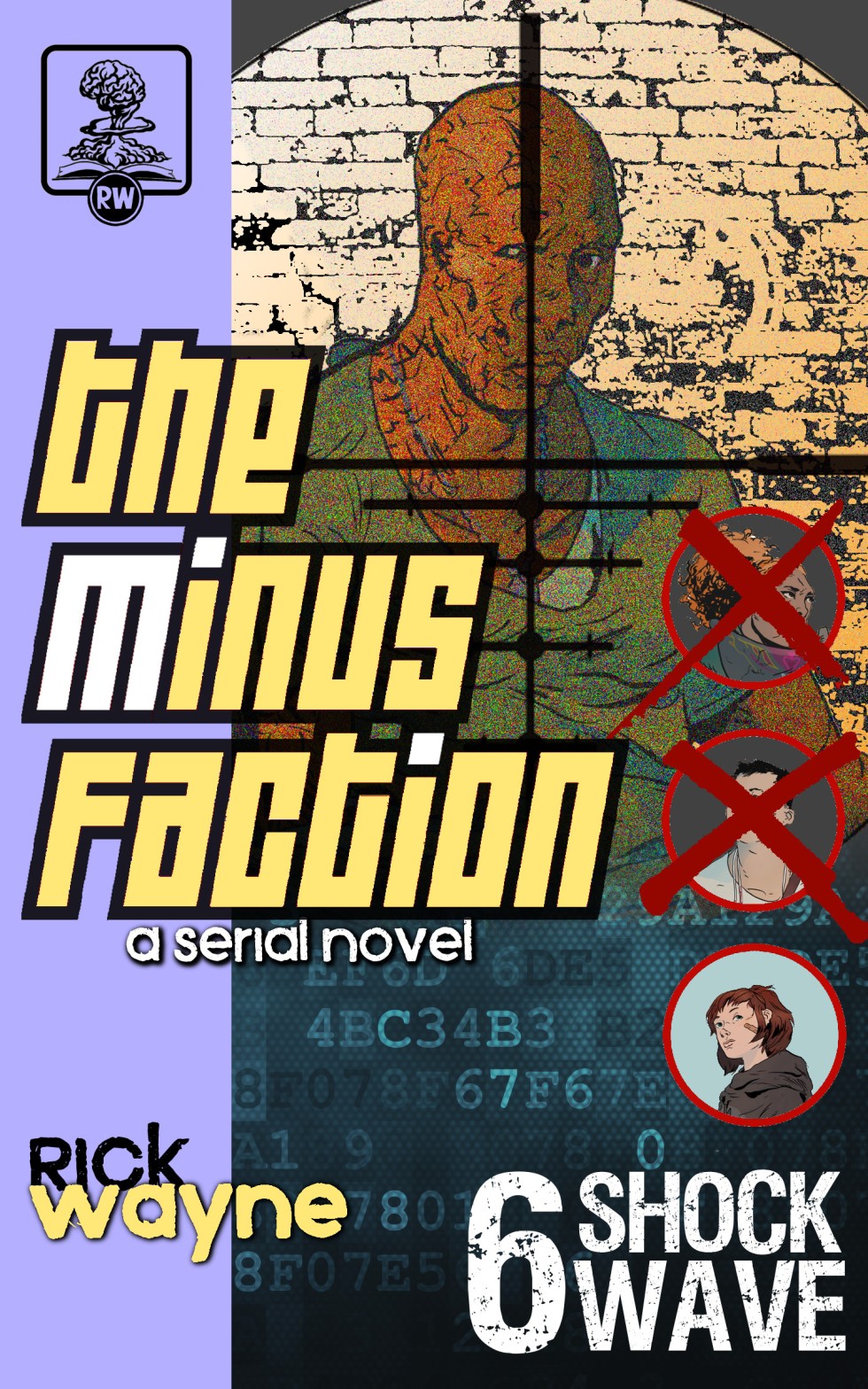 And coming early 2017, my five-course occult mystery, THE HERETIC ARCANUM: