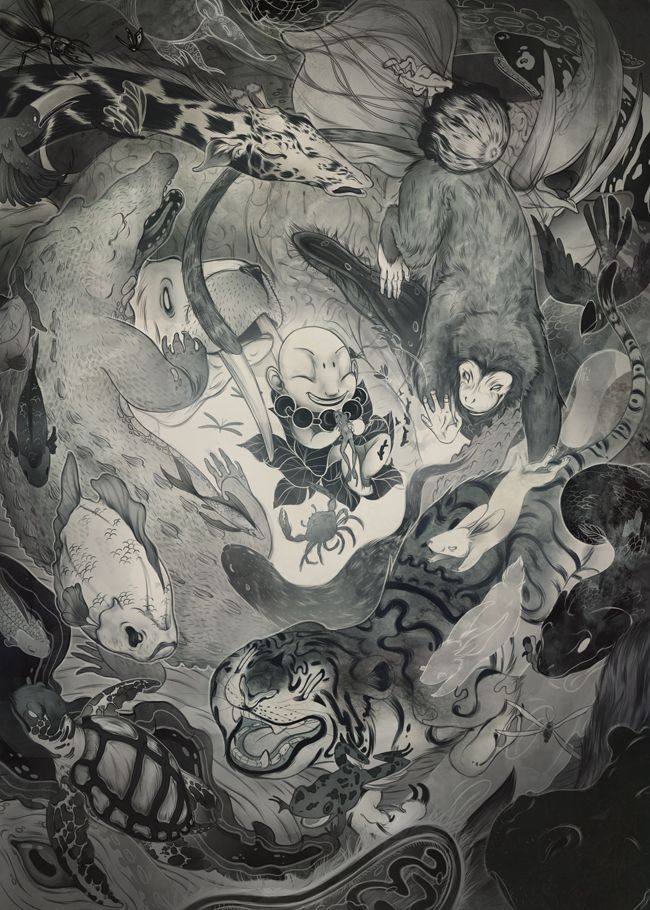 I suspect that growing up we all had the relative or friend in school — or maybe it was you — who liked to take things apart, the kid who, if left alone for a few minutes, would have someone’s favorite toy disassembled on the living room carpet, or maybe the remote control to the television right about the time your dad wanted to watch the big game.

I’m that way with stories. In fact, you might have noticed I don’t often talk about the books I read, even though as a writer it would totally make sense for me to do so — like Scorsese on film or a professional athlete on the state of the league.

But I have learned (the hard way) that taking a story apart — regardless of how many times I repeat that I enjoyed it — still comes across like criticism. It doesn’t matter that dissection is fun for me, that it’s part of my enjoyment to rip it open and see how it works, how it all fits together, to appreciate the subtext, to interrogate the myth.

The fact is, you can’t go around disassembling people’s toys and expect them to be happy about it.

Also, I hate pointless criticism and negativity. I can’t sit listening to someone bemoaning some movie or song as “the worst piece of trash ever” or otherwise making it clear that anyone who worked on it is a hack and anyone who enjoyed it a fool — or worse, a moron — because they don’t share the refined aesthetic sensibilities of the speaker.

So I made a deal with myself. “Rick, you jerk, you can open your mouth only to ask questions, or to make brief, factual statements, or to express enjoyment, but if you are going to take something apart in public, you have to put enough effort in that you’re sure it’s criticism of the academic rather than vulgar kind. And you’re still an ass for doing so.”

Here’s the deal: Neil Gaiman’s The Ocean at the End of the Lane is a song in praise of mediocrity. It is a well written song, concordant rather than discordant, but carrying a lazy, disheartening tune, and I reject it.

But first, just to get it out of the way, he is a much better writer than I am. Certainly I’m something a lot closer to what I fear than what I hope. Also, I should say I am otherwise a twenty-year fan of his, having started Sandman somewhere around issue #7 and collecting a nearly complete set.

And Ocean has some redeeming qualities, in addition to said lyric prose. It’s short, for example, and easy enough to get lost in, which is not easy to pull off. Any pothole or speed bump throws a reader out of a story, and Gaiman weaves around any impediments gracefully.

Of course, some of my criticisms are going to be mere matters of taste, and so there’s no point in listing them all. For example, the plot resolves with a big, fat deus ex machina, like something out of a 2,500-year-old Greek tragedy. (A goddess appears at the last minute and fixes everything.)

Now, I don’t think Mr. Gaiman wrote himself into a corner, which is the charge usually levied at writers resorting to that tired device. I give him enough credit to suppose he did it intentionally. I find it to be lazy, tension-less storytelling all the same.

Indeed, it is Mr. Gaiman’s stature as a writer along with the mythical, fairy tale-ish nature of the book that are the surest evidence that he meant to give the thing a point, and it’s the point I found so distasteful.

Stories intended to be myths, those with transrational meaning like the Bible, will have any number of interpretations, but it’s hard to say that the authors of the canonical Gospels, regardless of whatever else they were trying to do, did NOT intend Jesus’s message to be one of hope and redemption for the lowest members of society. (See comments about camels and needles.)

I can get behind telling lepers, slaves, the destitute, the castoffs of Hellenic society that they have intrinsic value, that God loves them, and that there is hope. That’s a wonderful message for people who are being told the opposite every day of their lives.

Paul had a different audience. His task was to wrangle the disparate churches that had sprung up around the Mediterranean, to resolve doctrinal squabbles, and to set a focus. Whatever else is carried in his Epistles, he surely meant to remind people that even though Jesus’s sacrifice redeemed the world, sin was still bad, and that someone who truly had Christ in their hearts genuinely doesn’t want to sin, even though they may sometimes fail.

In other words, even the redeemed still have to put in effort. We have to try, genuinely, to be the better versions of ourselves, even where we know we won’t always succeed, lest we set evil loose in the world. I can get can get behind that message as well.

I will always have difficulty with the message that it’s okay to be shabby, that you are who you are and you can’t change and so you shouldn’t even try, and that even the lazy and privileged deserve the universe to intervene on their behalf.

The unnamed narrator of The Ocean at the End of the Lane is a (presumably) white, middle class male from a wealthy country (England), and while his family isn’t wealthy, they’re far from destitute. In fact, the biggest sacrifices they have to make are live in an older house and have their children share a room to accommodate a boarder (for a little extra income).

On par with leprosy, that.

In fact, by the end of the book, Mr. Gaiman is explicit that even these modest financial difficulties resolved and life went on for this family more or less as middle class Westerners feel entitled it should.

The troubles start when the nameless narrator — admittedly, a child — fails to follow instructions from a goddess, which results in all kinds of genuinely bad things. Fine. He is a boy of seven. And bad things happen. But then neither he nor any other character ever tries to make up for it. In fact, he doesn’t do anything except cause more trouble and mope about feeling bad about all the trouble he caused.

As an adult, remembering all these events (and relating them to us), Gaiman’s narrator comes to the conclusion that he didn’t change because he was seven, but that people don’t change anyway, that we are who we are and the universe is how it is and there’s not a damn thing anyone can do about it. It is the perfect argument to never turn off your television.

In other words, if who we are is rather shabby, if we cheat on our spouses, if we’re spoiled, if we act petty with others, or don’t do much of anything with our lives or work in any way to help other people, especially those less fortunate — all things appearing in the book — that’s not just okay, we’re still entitled to Jesus’s sacrifice. We don’t, as Paul urged, actually have to bring Christ into our hearts, or put in any effort, or even follow God’s commandments.

Which is fine, I suppose, if you want to be a couch potato Daoist and simply accept whatever befalls you rather than, say, the stoner who complains about his lot but does nothing to change it. But the climax of the book, the big resolution (and as a reminder: I credit Mr. Gaiman with enough skill to be both thoughtful and intentional) is that a goddess sacrifices herself to save the narrator so that he can go on to live, as is described in the beginning, a perfectly lazy middle class European life, full of the same wasted opportunity as the rest of us.

I will never, ever, ever, ever truck with that, not from the mouth of someone at the top of society, not in regards to such a comfortable character, not at the implicit expense of anyone infinitely more deserving, not when it would have been SO EASY to have the unnamed narrator exhibit some tiny aspect of mankind’s capacity for good — abortive though it is — instead of being an ordinary, self-centered little worm.

There is nothing redeeming about a message of redemption for the privileged, that laziness (like resorting to deus ex machina in your writing?) is a worthy call for divine sacrifice, that not only should you not expect to be perfect, but Paul was wrong and you don’t even have to try. You’re just that special.