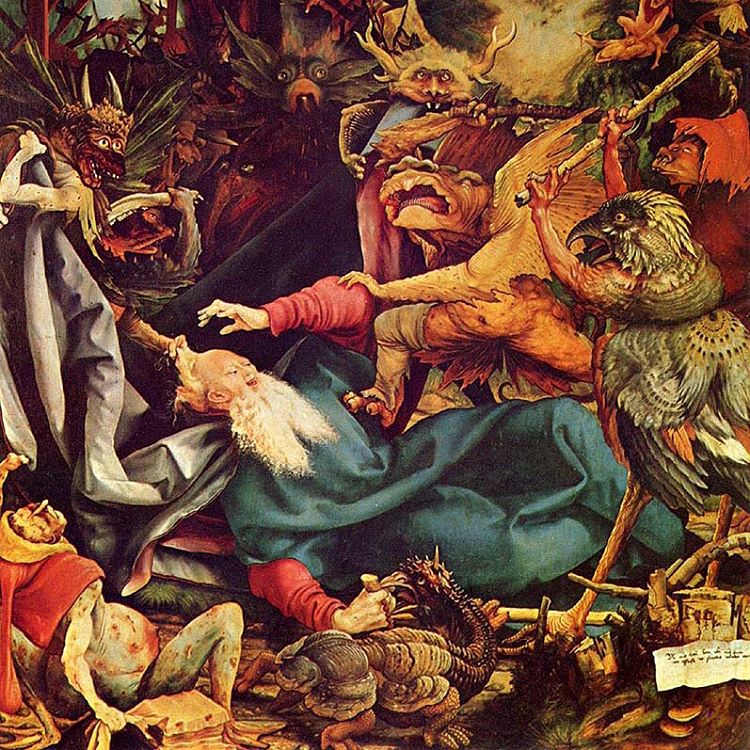 the latin word nefas is a combination of the word ne, meaning “not,” and the word fas, which transliterates as “right,” but that’s not exactly right. it was more than that, something closer to dao, although romans were not daoists by any means. fas is the divine order of things, precariously balanced and beyond our rational comprehension.

according to the modern mechanistic view, the universe is reducible and understandable and we humans are (as far as we know) the most advanced thing in it. this accords well with the prior judeo-christian view, which spawned the current scientistic one, that said god put us in charge of everything.

not so for the romans. in some sense, they lived in a far richer world, a noumenal world chock full of magic and mysteries and spirits, large and small. there was a god for everything, including separate gods for the door frame, the lock, and the hinges.

stuck in such a maelstrom of uncertainty, romans needed a way to make sense of it all, and as you might expect, augury was huge. it was common for romans of high and low class to seek a reading — animal entrails were popular, although oracles were better if you lived close to one — prior to any travel or large purchase.

fas, then, was the way in which all of this fit together. it was the book the augers read. it was the divine order. and since, in the roman view, mankind was not the king of the mountain, neither did the romans expect that this divine way would be all good, free from pain, or the best of all possible worlds. pre-christian theologians did not have to make strange philosophical contortions to accord the world of our senses with the omniscient, omnipotent god of our dreams. in fact, the essence of much stoic philosophy is that the world is how it is, and your job here is to suck it up and deal.

thus ne + fas is something that is “not right” as in against the natural or divine order. we might say it’s a sin, but thanks to our victorian forebears, sin has a strong sexual connotation, which would have been largely absent for the romans (who might have graphical depictions of sex acts in their living room).

if pursued intentionally, nefas was a horrible deviation, both for being an affront to nature but also because it drew the anger of the gods. romans would have witnessed such an act the way school children witness willful misbehavior on the playground. “ooooh, you’re gonna get in troubllleeee…”

but it wasn’t always intentional. nefas could also imply a kind of breakdown, a kink in the world. this was what the consuls would look for every morning before the meeting of the senate. if the entrails were “not right,” a consul — remember, there were always two, kind of like co-presidents — could declare that day a Nefas Day, a bad day on which to conduct state business, and so the senate would not meet.

as you can imagine, this power was regularly abused by political factions seeking to manipulate senatorial debates, and eventually the senate had to pass legislation limiting the number of Nefas Days a consul could declare in a given amount of time. (the senate was basically telling the gods, the whole world even, how often things could be “not right.”)

i think the Nefas Day is a great idea. i think we all need one from time to time. i use them to help my weight loss. for me, a Nefas Day is one on which i’m allowed to eat whatever i want. it gives me the strength to stick with calorie restriction and exercise, day in and day out, because i know a scheduled break is coming.

the trick, as the romans discovered, is in regulating its abuse. there always needs to be a lot more right than not-right or things fall apart.

but then that’s the trick to everything.